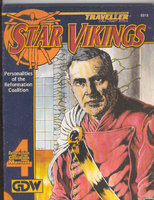 Our second hand games are typically either our ex-display or ex-demonstration copies of games that we stock, which have been used a few times for public demos, or they are old and out of print items that we've rescued for 'adoption' by a kind loving gaming home.

A note on 'condition':

All items listed here will be listed with a 'condition'.  Below we try to describe what those conditions mean to us.

'As New' - a game that is no longer sealed, and some or all of the counters or cards may have been removed from their packaging.  Otherwise it is essentially in the same condition as a newly purchased game from a store.  That does mean it might have a very minor crease or scuff here or there.

'Very Good' - typically our ex-demonstration games are listed as 'Very Good'.  They've clearly been handled a few times, but are in no better or worse condition than a game in your own collection would be that has been played a few times by friends and acquaintances.  There will be minor signs of wear.

'Good' - clearly a second hand game with wear, creases, noticable scuffs and marks.  Complete and playable, well loved, but in no way in collectable (unless it's an out of print item, such as some of our Traveller books, which can be hard to get hold of - and even then they are well worn).

'Acceptable' - if you want a role playing game book just for access to the rules and are concerned more about cost than condition, an 'Acceptable' item will be a good bargain for you.  These will be super cheap, but will have a host of tears, marks, stains and ills associated with them.  At home we have in the past 'adopted' rescue hens - chickens unwanted from battery farms that otherwise would be put down by the farmer.  They often have clipped beaks, no feathers, and gammy legs (go to the British Hen Welfare Trust if you want to make a difference to such creatures).  When you get them, they're like these games - they are still kicking and squarking, but you don't get them for their looks.  We have an AD&D 1st edition Players Handbook with a torn spine, and a copy of the Ivanhoe card game that has had tea spilled on it that fit into this category.  We don't make a margin on 'Acceptable' items - we just like to get games in the hands of people who will use them and enjoy them.